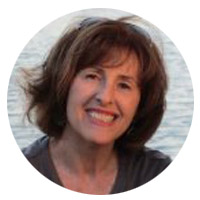 Maureen joined Cloud-Townsend Resources (CTR) in 1997 and moved into the role of Executive Director in 1998. Maureen devoted 20 years to working with Dr. Henry Cloud & Dr. John Townsend at Cloud Townsend Resources. Under her leadership, CTR established powerfully effective workshops and events. She left CTR in January of 2017 to take on the role of Executive Director of GrowthSkills Foundation.

Maureen has over 30 years of experience in a variety of industries, focused primarily in sales, customer service and management.

Maureen received her Life Coaching Certification from the International Life Coaching Institute in 2009.  Since that time, she has maintained a small group of private clients.

1984 – 1988 Maureen worked for Hallmark Marketing Corporation, commonly known as Hallmark Cards. In her position as a sales/service representative Maureen won the prestigious National Salesperson of the Year Award in 1982.

Originally from Detroit, Michigan, Maureen moved to California in 1976. She has one daughter, 4 beautiful granddaughters and one large lovable Labradoodle.