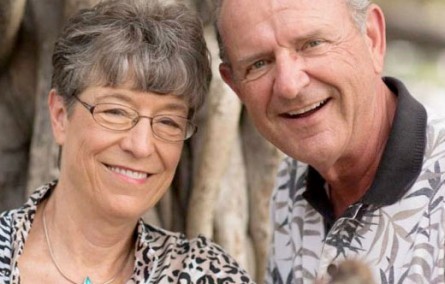 Steve and Barbara Uhlmann have been prominent supporters of marriage and family ministries around the country for the last 30 years.

As a successful CEO of an international plastics company, Steve has known business success but continues to see people and relationships as the most valuable (and difficult) way that we can reveal Jesus to the world around us. Barbara is a lay counselor and board member of Phoenix Seminary, contributing her wisdom and experience to relational and educational ministries nationwide.

In 2014, Steve and Barbara, began work on LoveLikeJesus.com, a community of Christian leaders providing tools, resources and fellowship to equip the family and culture to authentically love like Jesus. Their work includes an ongoing sharing of their story, and a just-released book, Plastic Promises, that chronicles their journey of how God transformed their marriage.

Both Barbara and Steve attended one of Cloud & Townsend’s 5 day Intensive workshops and became convinced that these transformational workshops are the pathway to authentic community and the abundant life Jesus promised. They joined GrowthSkills Foundation Board of Directors in January 2017.

Steve and Barbara have been married 50 years and reside in Scottsdale, Arizona. They have two daughters, Pam and Tracy, and six grandchildren.